I found a nice pattern today for getting rid of those global configuration variables that you're pretty sure aren't used anymore but you're a bit too scared to delete. You know the ones, they look like this:

They're the cockroaches of large sites: they outlast developers, framework apocalyses, full rewrites. You know that something outside of your code base relies on them and it's near impossible to figure out what. It's easier to just leave it where it is and move on with your life.

Well, ES6 proxies actually make it a whole lot easier to find out which properties aren't being used! Proxies allow you to put logic between someone trying to access a property and them actually receiving it. Here's some actual code:

And we're done! We've written some code which does absolutely nothing!

This is usually where I'd stop but in fact it gets a bit more fun when you add some logic to the myProxy object. For example we could log out which properties have been called:

Reloading the page might give you some idea of who is accessing the object but, given that the calling code is probably outside of your own code base, it's only going to get you so far.

Instead, let's send that data somewhere! Your favourite analytics service will probably do the trick.

Now just deploy it for a bit and let your users tell you which properties are still being accessed! You might end up with some graphs like this: 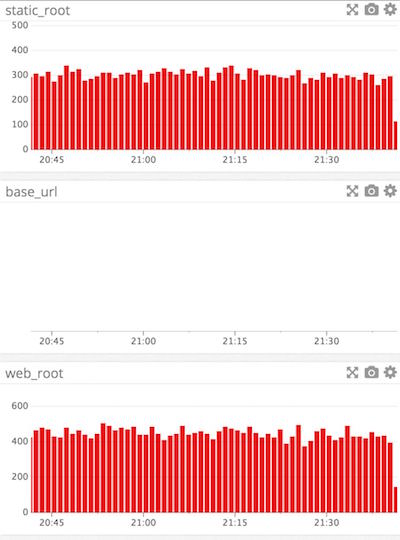 And now we can delete the base_url property, safe in the knowledge that no one is using it.